Episode 39 – Why You Should Choose A Verb, Rather Than Just A Word, Of The Year

At the time of recording it’s the New Year, but whether or not you are listening in January or June the message is relevant.

Often when we’re starting something new there’s a temptation to throw away the old so we can bring in the new.

I don’t believe in that way of doing things. We are all constantly learning and growing; it’s a journey, not a personality switch, so the way ahead is to continue building rather than the idea of forgetting the past.

This is about honouring the past and moving forward into the future with a new action-oriented focus.

One of the strategies often talked about in the New Year is choosing a word for the year, rather than resolutions.

This is along those lines, but better…

Whereas words like ‘courage’, ‘confidence’, ‘attention’, ‘clarity’ are all nouns. Nouns are things. Those nouns were feelings.

Often when people choose a word of the year it’s a noun. It gives you direction and potentially encompasses what you want to become, but my question is this – what are you DOING to create those feelings?

If your goal for this year is to hit a certain income level or start your business what are you DOING to make that happen?

In order to create something new, there is some action, some doing something from you to go from A to B. 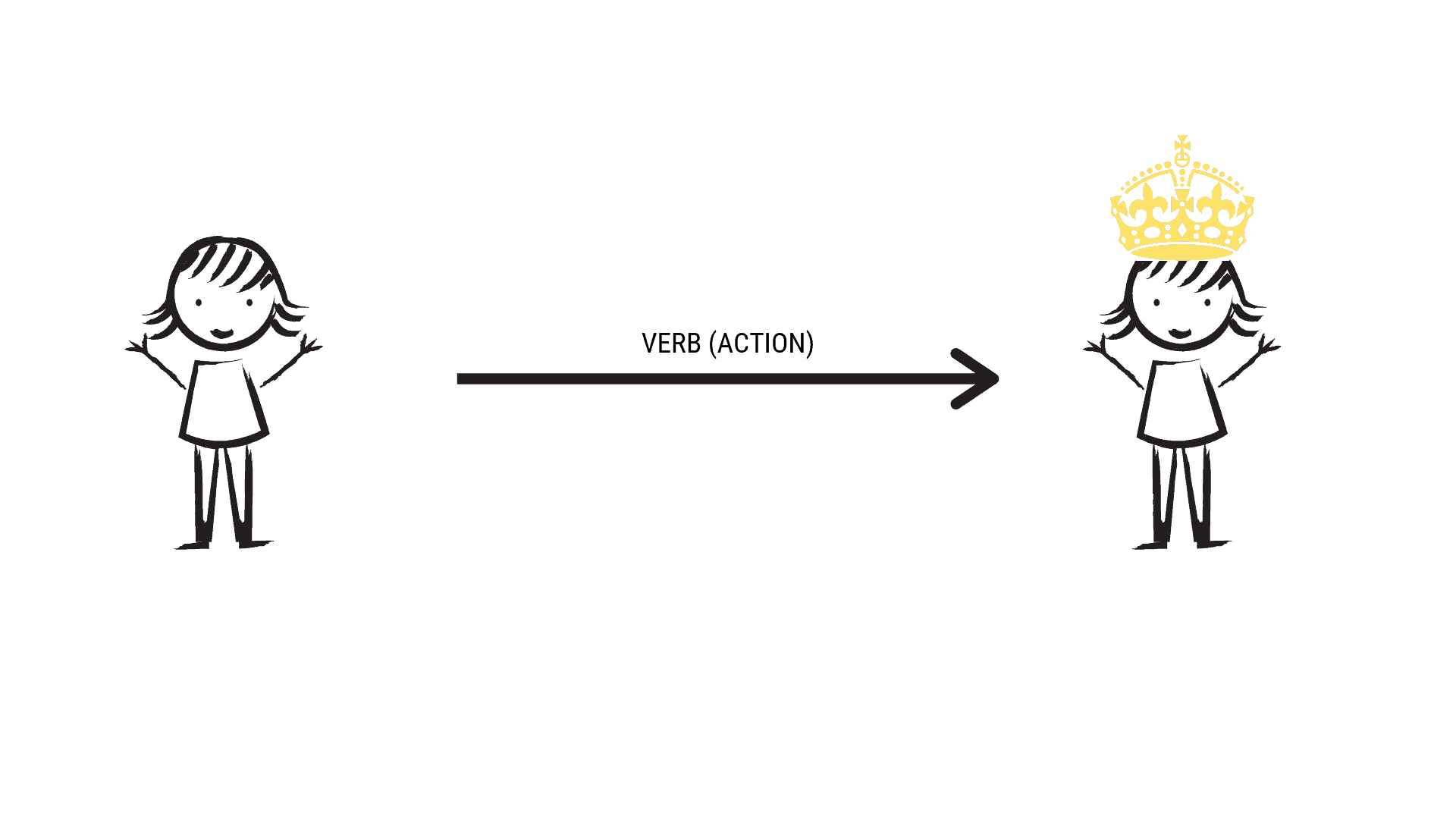 I do a lot of mindsets and personal development work.

If you’re on this path you’ll know you are always uncovering more ‘stuff’, which is great because the more you can uncover what’s holding you back and the more you can step into who you really are, without the stuff in the way, the happier you are.

One big discovery I made last year is my subconscious strategy to grow my business was this:

Why the hell would that be my strategy you might ask?

Well, that’s the thing about your subconscious, it’s always serving you, but maybe not in the way you’d like.

I didn’t actively want this to be my strategy or even know it was, I thought I was actively working to build my business, but internally I was also sabotaging myself.

The reason this was happening was this:

One of my key drivers is freedom.

I secretly feel sorry for famous people; they can’t leave their homes without being mobbed. Everywhere they go people want pictures of them.

Most people idolize the rich and famous but to me, their lives sound like a prison.

Now I’m not saying I’d ever become that famous in this line of work. In the type of work, I do people become ‘professionally famous’ meaning they are known in their field, but they aren’t household names.

But there was a part of me that liked not having to worry about bumping into someone who follows me at the supermarket when I’ve got no makeup on and I’m there in my trackies. I’ve been recognized on the street before in Australia and in NYC and it was a bit disconcerting. I liked being anonymous.

I wasn’t thinking about this actively but part of me was trying to maintain this type of ‘freedom’. So while 80% of me was gunning to grow my business and have more people know about my work, 20% was making sure no one knew who I was.

Not the best scenario right?!

So when I thought about my theme for the year, now that I am aware of this behaviour I chose the theme “Tell the world”. The verb there is “tell”.

I could have chosen leadership, expansion or visibility but this would make it harder to really check in and see if I am DOING what I need to be doing.

I experienced this first hand the first few days of the year. On day 1 I had a call day so I busy all day speaking with my clients. When I asked myself “Did I tell the world today?” the answer was no, so I had to take a “telling” action by the end of the day.

Day 2 was exactly the same. I was tired of talking because I was interviewing for a new role in the company. I realized I had, just like the day before, not prioritised “telling the world” so I thought of a way that I could.

If my word was leadership I could have said I acted as a leader both those days. The same is true of expansion – I was expanding my team. But did I take the action of “telling the world”? No, I didn’t, until I caught myself.

Even with visibility, it would have been easy to let myself off. I was visible to my clients on day on and hiring someone means I’ll be creating a social media strategy, but again, had I taken the action of “telling the world”? No, not until I checked in with the verb, the doing word, to see if I had actually done it.

So what are you doing with your doing word? Translation: your verb might not make sense by itself.

For “tell” to make sense I had to connect it to another word. “Tell the world”.

I really encourage you to do the same if your doing word doesn’t make sense in isolation.

So what to do you need to do to hit your goals this year?

If you have a goal for this year, what do you need to do to reach it?

What actual actions do you want to be taking this year?

Is there one doing word, or one phrase that encompasses them?

I’m thinking that if you boil this down to a type of action you are much more likely to know whether you did it or not.

Then, in turn, you are much more likely to hit your goals.