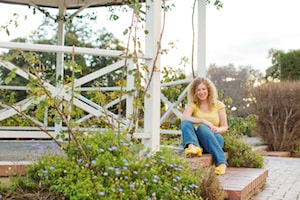 It sounds so great at first.  Just $99 gets you everything you need to start your own business! It’s already got a proven track record with customers, and it’s much easier than starting your own business from scratch.

I’m talking, of course, about multi-level marketing, and I can see why it might seem appealing to some people looking to quit the rat race and do their own thing. But, I hate to be the bearer of bad news but, getting involved in a multi-level-marketing company or starting a franchise is unlikely to cure that entrepreneurial itch.

I know quite a few people who have been Thermomix consultants for example or have considered something similar. In fact, multi-level-marketing businesses – sometimes also called referral marketing or network marketing – were some of the first ways that women could really make their own way in the world, and when there were limited options for women, programs like Amway, Mary Kay, and Avon were a great opportunity.

But times have changed, and if you’re really feeling the urge to start your own business, running someone else’s isn’t likely to satisfy.

You may have heard that quote: “Build your own dream, or someone else will hire you to help them build theirs.” I don’t care how passionate you are about the product of an MLM – it’s still not your product.

First, there’s usually a buy-in or access cost. You pay for the privilege of being able to sell the product. That often just gets you the basics; there are trainings, samples, upgraded packages, more stock that you may be asked to buy as well. If you ever want to quit the business, you may find yourself having to sell your stock or your spot in the company just to try to recoup your costs.

Next, you have to toe the party line. You have little or no creative control over what you do and how you do it. That’s appealing to some people who are just starting out; they worry that they don’t know how to do things on their own, and so the safety net of being told how to market, how to advertise, even what to say in a sales conversation feels comforting.

But after a while, that lack of creative freedom can start to feel constricting. I once met someone at a networking event who had bought a franchise and initially struggled. He made some changes to the operating procedures and then was able to turn a profit. When word got back that he had changed procedures he was forced to change them back! Only after extensive discussions with the franchise managers was he able to get out of the contract and move on with his life, this time in a business where he was allowed to make improvements. With MLMs or franchises, you can’t change the way the business is run, even if it is broken.

Plus, with MLMs, you still have a boss. Many people want to become entrepreneurs because they want to be their own boss. They want that freedom and flexibility of answering to no one but themselves. But in a classic multi-level marketing company, salespeople are compensated for their own sales as well as those of salespeople they’ve recruited. So you may be answerable to your team leader, or a regional sales manager.

Remember that these companies are technically a pyramid model; unless you’re the person at the very top, you’re helping someone else make money. And while it might be appealing to piggyback on someone else’s business model, it’s unlikely to feel like you are your own BOSS. You are still making money on someone else’s agenda.

Unfortunately, the reality is also that these sorts of businesses rarely pay off. The Times in London reported that that the average annual income for 90 percent of MLM participants in the US is $5,000 or less. Can you make money in a multi-level marketing company? Of course. Is it as easy as the company would like you to believe? Very unlikely.

Any way you see someone making money is a proven business model that you can take and make your own!

Beyond a proven business model, you should be looking at what’s right for you and whether the model fits the real reasons why you want to be a business owner. Don’t let your own self-doubt or someone else’s glossy sales pitch prevent you from starting a business that’s totally yours and 100 percent you.

← How Your Life Goals Can Help You Pick a Winning Business IdeaIs it Too Late to Start a Business? →