Are you thinking – how you did WHAT?! I know, it’s a bit of a wild card. I wanted to add the caveat “for a brief moment in time” but the article title is already ridiculously long.

We started the How You Can Pretty Much Have Anything You Want Series with how I moved to paradise (before starting my business) which was a story of consistent steps in the right direction.

Then we went to how I found my dream man which was a story of keeping at it, with quite a few failures, trusting my intuition and eventually getting there.

The final story is one of failing, giving up, making an ass of myself in public on an ongoing basis, until I finally triumphed for a brief moment in time.

No really, that’s how it went :-) I’m laughing thinking back now.

So I think we’re clear by now that I definitely not perfect. These stories aren’t actually about me though. They are about the fact that as the series is titled… You Really Can Have Pretty Much Anything You Want.

The ways that you get there may be different but there is a common thread in the approach.

And what I want for you for than anything is for you to have what you want in life.

So let’s hear the story and the learnings from it.

In school I loved languages. I was very fortunate in that I got to go overseas with my family from a really young age twice a year. Before every holiday my Mum (who reads my articles by the way – hi Mum!) would borrow some tapes from the library and learn some Greek, Spanish, French or Portuguese or whatever was needed where we were going.

Because we never went to the touristy places pretty much no one would speak English. My Dad would do the driving (on the wrong side of the road) and my Mum would decipher the menus at the local tavernas and make sure we could order food, pay for things and deal with the every day basics.

I always looked up to how my Mum did this and dreamed that one day I too would be able to speak another language.

My first attempt of this didn’t really work out how I wanted. Surprise!

I did French and Spanish at school from about 10 until the age of 16. I liked Spanish better but our school went on a trip to France a few weeks before I did my Spanish exam which led to me not getting the grade I needed to continue. So I kept going with the French.

All the way to University where I started a joint honours degree in Economics and French. Except I was still somehow shit at French. Everyone in my class was fluent and I wasn’t.

So I had to sit down and take a cold hard look at myself and ask if I was prepared to put the work in to be able to get an acceptable grade.

And my answer was no.

In the UK at the time I went to Uni the thinking was you go to Uni to learn how to live independently in a town miles away from your parent’s watchful eyes and enjoy the best years of your life. The educational piece is kind of a bonus.

Now I wish I’d had maybe a bit more perspective!

So was I prepared to give up what I then believed would be the best years of my life to learn to speak French and do two degrees at once?

Nope. Not even close.

So I let myself of the hook and gave up French by telling myself I would take a gap year after uni. At that time this was considered risky. Employers might think you were flighty or avoiding work but I figured I would work it out. I made the commitment to do a 6 month voluntary work placement in Brazil with a charity called AFS.

Before I left I found the only book the local library had on how to speak Portuguese. I read that book cover to cover over and over and over again. I still felt like I knew nothing. My Dad tested me just before I left and it turned out I could remember how to rent a bicycle and quite a few other things – all in Portuguese from Portugal which I later found out sounds completely different and uses different words.

The AFS form had asked if I wanted to go to a city, a town or somewhere remote. I chose somewhere remote because I thought I would have a more profound cultural experience if I went to the middle of nowhere and my chances of no one speaking English, meaning my chances of becoming fluent in Portuguese, would be better.

It was my first time out of Europe and I kid you not as a 21 year old I was absolutely petrified on the day of flying there. Nothing AT ALL was in English. Even the announcements on the plane. I nearly got out in the wrong state because who knew flights have several stops like buses?

So of course now I’m in the middle of nowhere, in Brazil, and I have to communicate and live life and everyone is really interested in me because I’m only the fifth foreigner to ever come to town. I was in the local paper and my host family took me to meet pretty much everyone because being a foreigner in a small town where no foreigners come is kind of like being a circus act.

As well as everyone finding a lot of things about me strange – I wasn’t religious, I was incapable of tanning, I had no issue having male friends – all things that made me weird there – I also spoke really funny. This is because Portuguese is a really nasal language and it’s really hard to get the pronunciation right as a native English speaker.

And not only do I look, think and sound weird when I speak, I have the communication skills of a five year old. If you’ve ever learned a language you’ll know this feeling. When you learn a language you literally go back to having to speak like a kid, until you learn how to have more complex adult conversations with more advanced words.

Honestly, it’s hard to be a beginner

It really is hard to be in a place of not knowing how to do basic things like ask “Where should I put this?” when you are helping to put the dishes away or say “No thanks, I don’t really like beans” when dinner is being served. It messes with your head.

It truly is hard to be a beginner.

As part of my placement I helped favela kids learn some English and they would always ask “How to I say <insert portuguese word>?” and sometimes I’d have to tell them I didn’t know. They asked me how I could be an English teacher if I didn’t know and of course it was because I couldn’t understand the Portuguese word!

I also had several situations where I literally couldn’t get across what I wanted to say. I embarrassed myself in front of boys I liked by not being able to talk properly and a couple of times I upset my host family because we had a miscommunication. At that time in my life being in that situation was definitely the hardest thing I had ever done.

It was compounded by having almost zero contact with my family or loved ones. It cost over $100 to make a phone call so I think I called 3 times total and letters took 3 weeks to arrive. Now we forget those types of situations are even possible because the Internet makes us so connected.

Over time I got better

Soon I could chat quite well one on one with someone. Later I could follow group conversations. After a while I could deal with most situations and just learned to roll with not being quite ‘normal’.

I did this by creating a system for myself so i could learn as quickly as possible.

Then one day close to leaving I was in a shop I had never been to and I was talking to the lady working there about buying some clothes. We were negotiating which pricing I would do because I could either pay by installments for something or by it upfront. I decided I would go with upfront and I said I was really excited to take home these Brazilian made organic cotton clothes to England and she said:

“OHHHH! I just assumed you were local. I just thought you had a speech impediment!”

So after months of feeling like an alien in town I reached the level of being a local – with a speech impediment!

Which in six months I count as a total win.

Finally I had become fluent in another language.

So what are the learnings here?

I honestly think that painful period of time of being a beginner was one of the most important lessons that I can took with me to entrepreneurship.

It really showed me it’s okay to be a beginner, even if it feels awkward.

It’s totally okay to do something new and to be in a place of not being great at it yet. Because the only way to get great is to be exactly where you are – in a place of working on it.

Sometimes doing something new feels really awkward. It’s not pretty. You feel out of sorts. But it’s okay. It’s progress.

As with the other stories I shared I got there in the end with persistence, belief I could do it and baby steps.

Belief you can do something and belief in what is possible will get you almost anywhere. Even if it takes you a few attempts. 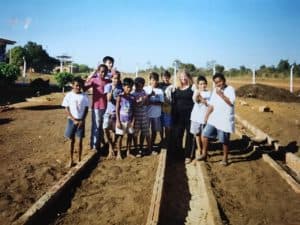 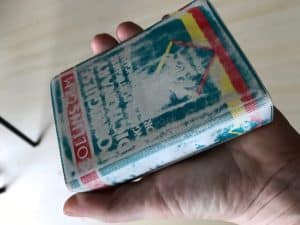 ← How You Really Can Have Pretty Much Anything You Want – Part 2: How I Found My Dream ManHow Do We Know When We’ve “Made It”? →