Episode 68 – How Hard Is It To Start Your Own Business? (Not As Hard As You Might Think)

If you’re a budding entrepreneur you’ve probably asked the question How hard is it to start your own business?

Starting a business is hard work in a sense…

…and sometimes it can be difficult to know what to do next.

There’s no question about it.

But in my experience, it’s not as hard as most people seem to think.

Let me explain what I mean…

First, let’s look at your expectations

We always measure reality against a ‘something’ to see if a task or thing is easier, harder, better or worse than, than… what exactly?

So how hard you perceive something to be depends on the starting point of your expectations.

How hard do you think it is?

Part of that depends on what your definition of starting a business is.

Selling someone you know a ‘pick my brain’ session is a million miles away from setting up a multinational enterprise.

So let’s start with a sensible definition of what starting a business could be.

Or what you were earning before if you aren’t earning now.

Then how hard was it to get to where you are right now?

Depending on how far you are or got along the career ladder I’m guessing there was a fair amount of effort involved.

You probably went to school or university or you would have jump through numerous hoops.

There were interviews and career paths and reviews and maybe even some unexpected layoffs and periods of recovery.

Then how does starting your own business compare?

From personal experience, I would say it’s easier than starting a traditional career.

It’s easier than going to uni or college, doing a degree, competing for jobs, learning on the job and moving through the corporate grind.

It doesn’t take as long and it’s less controlled by outside forces telling you at what point you’re allowed to advance.

It also comes with a whole lot less office politics.

Why does it feel hard?

It feels hard because there is no official one established roadmap to follow and no one telling you when you are ready to move to the next level.

No one gives you permission and you have to choose which path to take.

That is the hard part.

The unknown and dealing with how you deal with the unknown.

I call this the Achievement Expectation Gap.

You likely have at least a somewhat clear idea of what you need to do to get to the next career rung.

You would have had performance reviews letting you know how you are doing right now. Fair ones or not so fair ones.

In order to get your job you would have had to fit a job description.

Everything is laid out to tell you how to succeed.

You are being guided.

There’s a structure in place.

The comparison I like to use is being in a water slide compared to bobbing around in open seas.

Having a career is like being in the water slide. You get pushed in a certain direction.

Starting a business can feel like floundering in open seas wondering which direction to swim in.

In a career you know what is needed to achieve, in business, there’s a gap.

An uncertainty gap, a knowledge gap, a safety gap.

And that gap leads to it feeling harder and you potentially having higher expectations of yourself than is realistic in this new environment.

You feel like you should know what to do because you’ve always known what to do in the past.

But this is a whole different way of making money, there are more unknowns and that’s the reason why you are wondering exactly how hard it is.

So my message there is don’t expect yourself to be able to just nail this from the outset. There are a lot more variables.

There’s a gap between your potential expectations of yourself and how quickly you’ll learn how to be a business owner.

But it likely won’t take as long as your career did!

So here’s the good news…

There are pathways, it doesn’t have to be a mystery

There are known pathways to success for entrepreneurs just as there are in traditional career paths. I talk about this on my podcast a lot, check out the first five episodes of Your Business, Your Rules to understand this better.

Your chances of success also change depending on how you go about starting your business. Some business models are more profitable than others as an example.

You can get access to a path that is going to give you the best possible chances of success. I talk about what I believe the best starting path is in my Zero To Paying Clients Masterclass which I am currently updating.

Essentially, you don’t have to sit around wondering what to do, bobbing around in the water, feeling like you should know better.

There is no way to know better at first. It’s easier to leverage the experience and knowledge of others.

There are people you can ask, people who have done this before you and many of them document how they did it openly.

We live in the age of information

If you don’t know something you can now Google it. No more walking to the library!

As a side note, I used to love walking to the library. I did this my whole childhood, every Saturday.

Now, nine times out of ten, you’ll find someone out there who can walk you through your knowledge gap step-by-step, no physical walking required.

It may not be the exact situation that you find yourself in but you have access to information.

We have access to more information than ever before to figure things out.

In this Internet age of entrepreneurship, people place a great deal of value on transparency and honesty.

I’ve written about the mistakes I’ve made so that you don’t have to repeat them, and you can learn a lot from big people in the industry like Pat Flynn who have built their brand around that sort of unflinching honesty.

People make mistakes, you want to avoid any mess-ups if you can from learning from others but ultimately you will make some too.

The trick is not to be too concerned and to adjust and move forward.

Don’t fall into the trap of thinking it’s for other people and not for you.

They weren’t born that way

When you’re looking at all these entrepreneurs online, you should know that whatever they’ve accomplished, it’s a pathway that’s open to you, too.

They weren’t born knowing what to do: they had to learn it too.

Derek Halpern of Social Triggers seemed to come out of nowhere at the time and become a huge success overnight.

In reality, he ran (successful) celebrity gossip blogs for years before moving into the digital strategy space.

And this holds true for most of the “overnight” success stories out there.

My point is that you shouldn’t hold anyone up on a pedestal, or knock yourself down if you don’t feel like you measure up.

So how hard is it to start your own business?

Likely not as hard as it was to become successful in your career.

You can study your business heroes, follow what works and learn from what didn’t.

If you’re willing to do the work, move through the uncertainty and not beat yourself up about it, accept that your business will be a bit ugly in the beginning, then you can have the success you see others having.

It’s hard to believe in the beginning but once you get started you’ll be able to see the possibilities are only limited by your imagination. 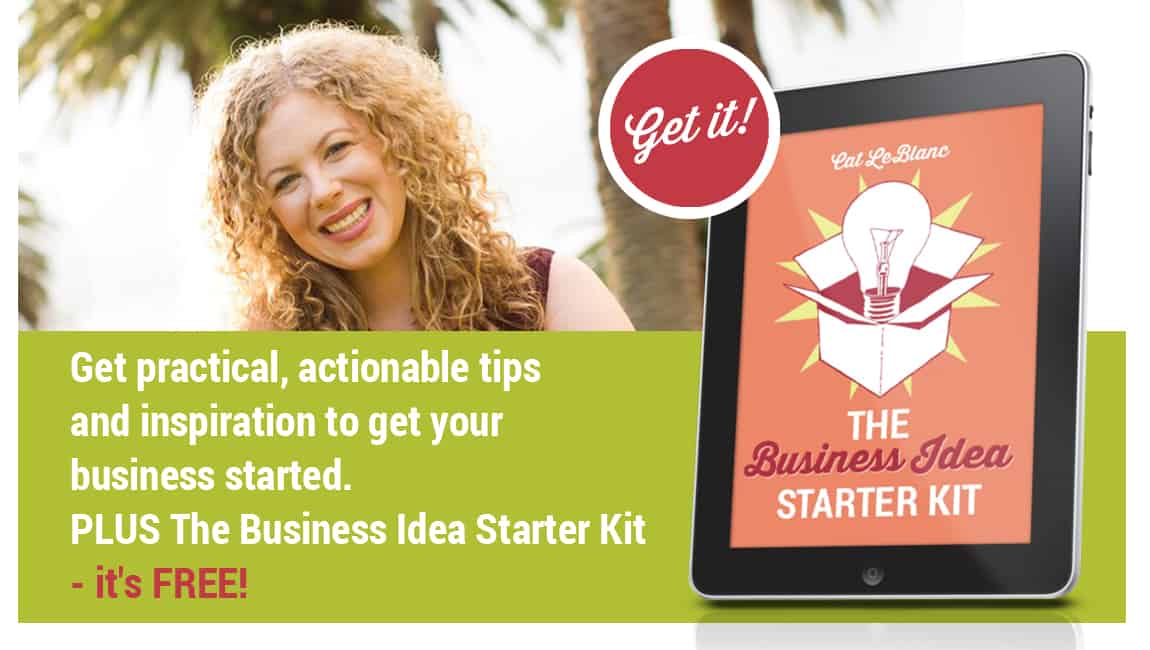