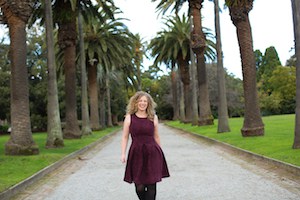 Are you ambitious? Do you want to be?

While I was on my trip home recently, I heard from a couple of women that ambition is a dirty word. They mentioned that women are reading things like Lean In to work on speaking up, being heard, and recognizing that ambition is a good thing.

This was kind of strange to me! It could be that I was away from English speaking culture for a decade and I missed the memo, but I always believed that ambition is good – and I felt like there was something wrong with me that I am not especially ambitious! At least at work.

It’s a question that’s dogged the corporate world for decades, seen as perhaps one of the reasons that there aren’t as many female CEOs and executives. But are women naturally less ambitious than men? Not necessarily. A recent study showed that executive women actually have more ambition to reach the next level in their workplaces.

So if we’re not naturally less ambitious, maybe it’s something else.  Maybe we are ambitious about different things.

Ambition doesn’t have to be about work

Ever since I started this business I have been incredibly passionate about it. My first milestone was getting to the point where I could support my partner while he stayed home and start his business. That’s happened already. But I still felt incredibly driven in this business and I wasn’t sure why.

Finally I found something that I am actually ambitious about.

I’m ambitious – are you?

Women are generally expected by society to be the caretakers, to get along well with others, to be peacemakers and that contradicts the traditional view of cut throat ambition, climbing the corporate ladder and stepping on others to get there.

I’m ambitious. Are you?

There’s actually research showing that the sort of rewards (monetary, psychological) that go with that traditional kind of ambition don’t mean as much to women. Men tend to get lots of job satisfaction just from being in charge, while women need different things to feel satisfied.

So, is it any wonder that women feel ambivalent about that traditional form of ambition?

But I don’t think that means we’re not ambitious! I know tons of women who have grand ambitions for their lives: they want to create life-changing communities and programs for others, they want to build a lifestyle where they can be mothers and entrepreneurs, they want to make enough money to travel the world with their partners and families.  These are big, ambitious dreams – they just don’t happen to involve a corner office or a Fortune 500 company.

For me personally, it took a long time to find my ‘work’ ambition, but I’ve realised that it all ties into being ambitious around what I want in life, and I think that’s a good thing.

In this amazing world we’re living in, I don’t think there’s one proper definition of ambition. Whatever your definition looks like, I urge you to lean in to that! Don’t like the traditional definition? Make up your own! It’s what I think we women are best at: creating our own path to success and fulfillment.

Lean in to your own definition of ambition.

What are your ambitions?

Looking at ambition through this slightly different lens, what are your ambitions?

Are you more traditionally ambitious, or ambitious in other areas of your life?

I’d love to hear your thoughts in the comments below…

← 13 Top Outsourcing Sites To Find And Hire Reliable Freelance Help For Your Online Business (Without Going Broke)Living The Dream: Are You Balancing Life And Work Intentionally? →

This site uses Akismet to reduce spam. Learn how your comment data is processed.